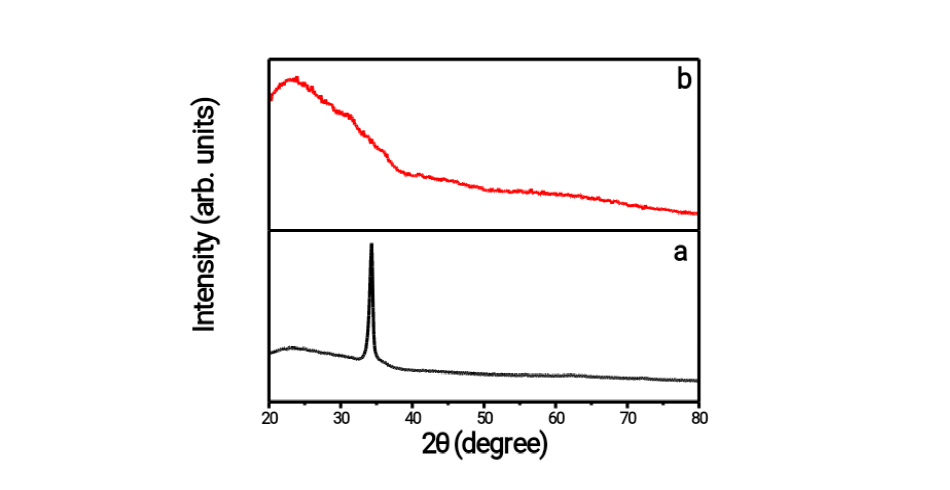 Deposition of amorphous and crystalline AZO films using RF magnetron sputtering and their properties has been studied with comparison.