Non-Equilibrium Thermal Transport: A Review of Applications and Simulation Approaches

As modern electronics shrink into nano-scale with increasing power consumption, thermal management inevitably becomes an important issue. Contrary to the conventional view of a single “apparent” temperature profile, electrons and different modes of phonons usually have different temperatures under many circumstances. This local thermal non-equilibrium appears widely in applications such as laser-matter interaction, hot electron cooling in solar cells, thermal transport across metal-insulator and semiconductor-semiconductor interfaces, etc. The resolved temperature profiles usually deviate significantly from the apparent temperature and have non-negligible effects on the measurement and interpretation of thermal properties and performance. Regardless, this phenomenon has been largely overlooked in early studies and has only started to attract attentions in the recent decades. In this work, we will review the background and research efforts on non-equilibrium thermal transport. The applications where non-equilibrium thermal transport is significant, and the corresponding simulation approaches, focused on two-temperature model, molecular dynamics, Boltzmann transport equations, and multi-temperature model, are reviewed. 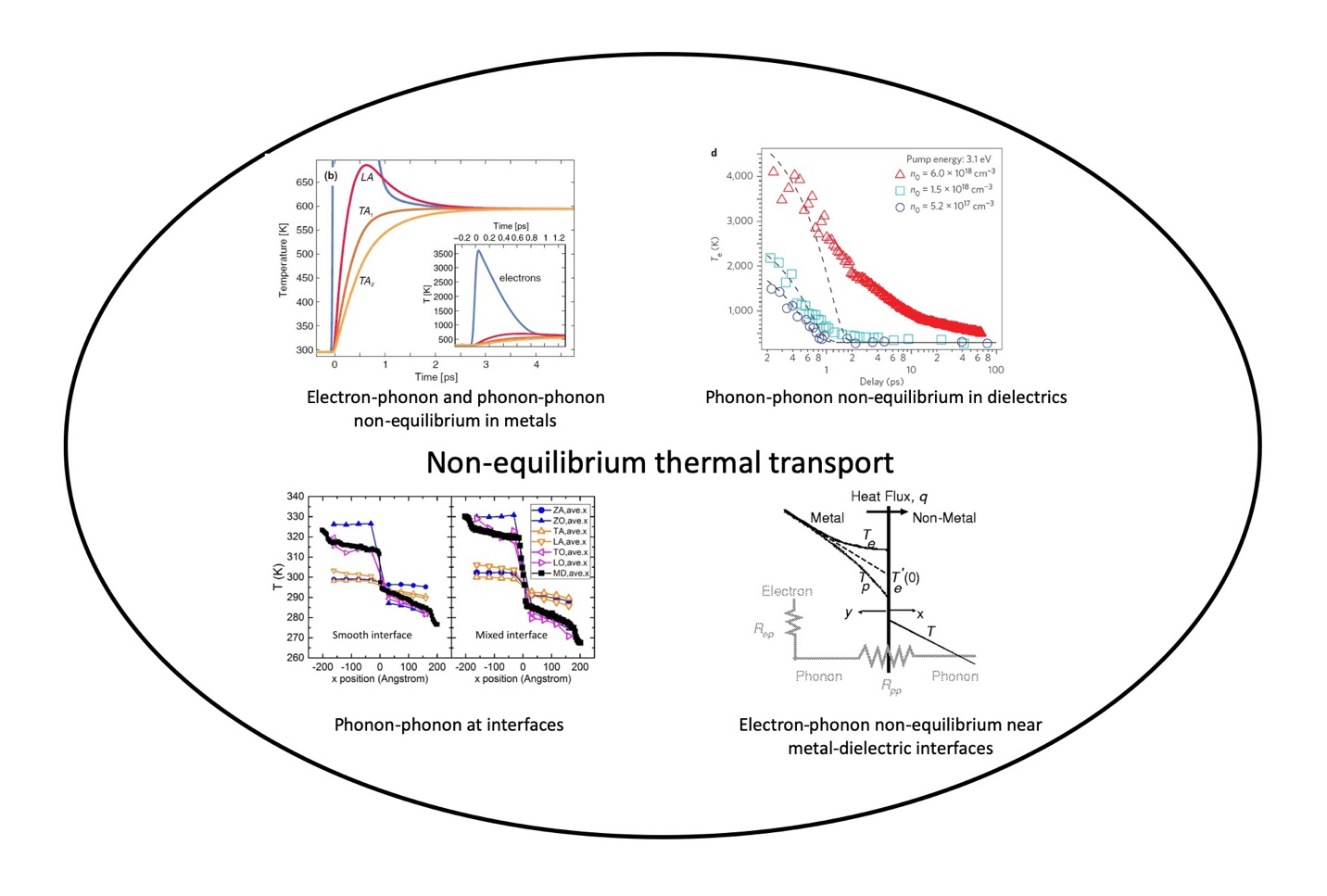 We for the first time present a comprehensive review of applications and simulation approaches on no....

We for the first time present a comprehensive review of applications and simulation approaches on non-equilibrium thermal transport.