# These authors contributed to this work equally.

Clustering saves energy and extends network longevity in application such as activity monitoring in wireless sensor networks. Clustering separates nodes into clusters from which the cluster head can collect and send data to the base station. The current investigation also demonstrated data aggregation at the cluster head before sending it to the base station. The cluster head is chosen based on leftover energy and distance from the sink and other network nodes. The current study found that existing clustering protocol decay its energy quickly, but our proposal can overcome these challenges and sensors can survive longer. This paper proposes Density-based Spatial Clustering of Applications with Noise (DBSCAN) clustering algorithms to make data gathering and transmitting of data energy efficient. Initially our data aggregation protocol will collects the packets which later forwarded using DBSCAN method. It is used to improve the transmitting efficiency by reducing transmission of redundant data to the sink. This proposed protocol, Energy Efficient Cluster based Data Aggregation (EECDA) will help to increase network lifetime by ensuring uniform distribution of energy amongst the nodes. 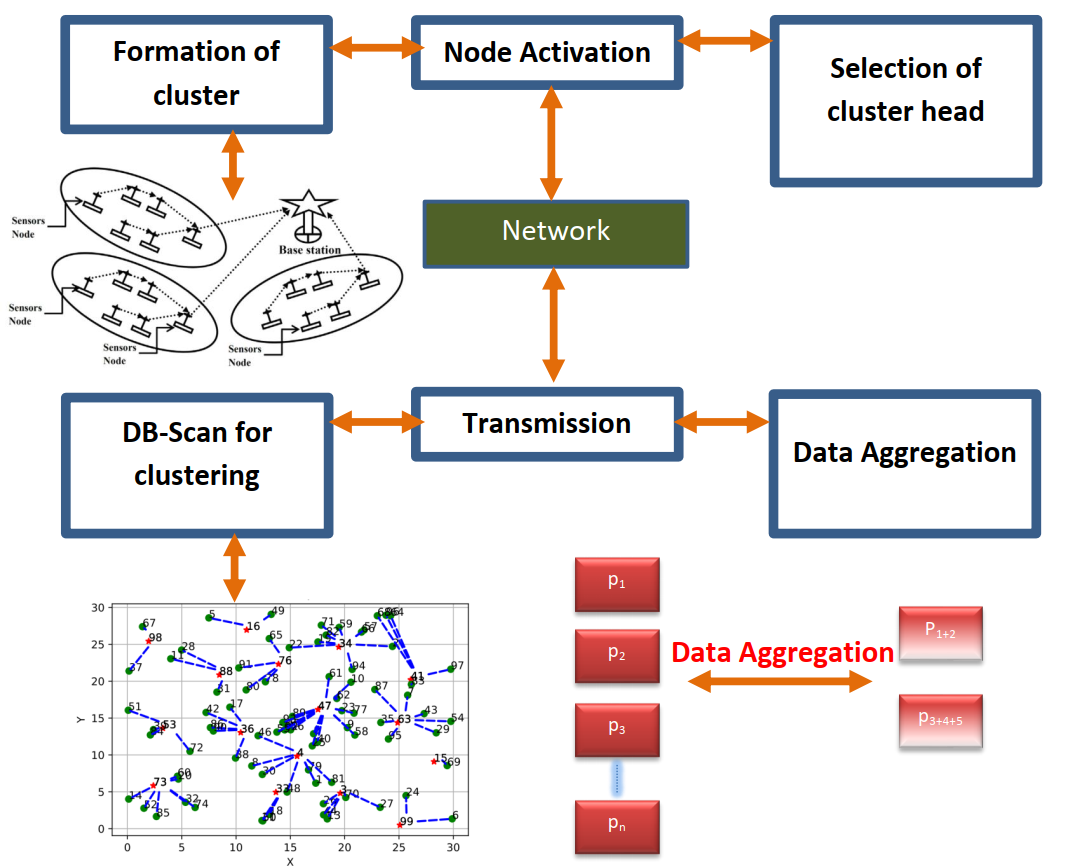