Lithium Fluoride (LiF) serving as a template for an efficient hydrogen storage system has been expressed. The structure optimization, stability, and reactivity of the derived LiF systems have been studied based on density functional theory (DFT) based reactivity descriptor. The binding energy/H2 gives support to the quasi-molecular type adsorption process. According to NBO (natural bond orbital) data analysis, the charge on the Li atom decreases gradually with each successive H2 adsorption, and a charge transfer interaction occurs from H2 molecules to the Li of the LiF. From atoms-in-molecule (AIM) analysis, molecular hydrogen interacts with building blocks through electrovalent type interaction. The astonishing gravimetric wt% result (43.48 upon ten hydrogen adsorption in a single LiF) justifies this template to be a potential hydrogen storage material. The Gibbs free energy changes suggest a spontaneous hydrogen adsorption process at or below 54 K. 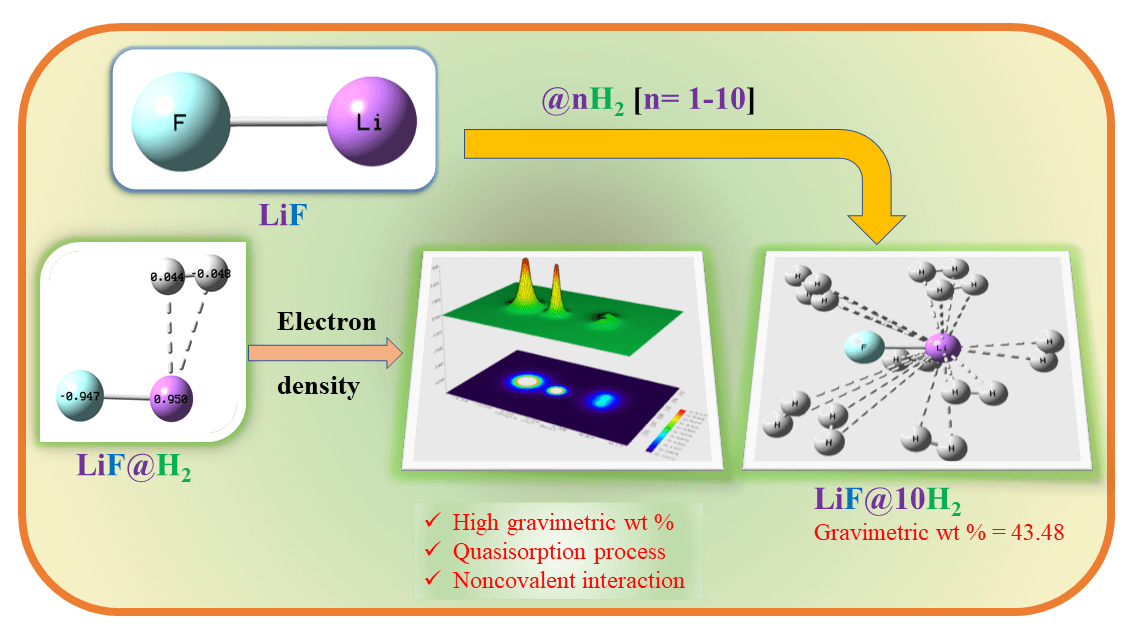