Effect of Different Sintering Additives on the Microstructure, Phase Compositions and Mechanical Properties of Si3N4/SiC Ceramics

Y2O3 and CeO2 were chosen as additives to investigate the effect of different additives on the microstructure, composition of phases and mechanical properties of Si3N4/SiC ceramics using pressureless sintering. Si3N4/SiC ceramic without additives had a high density, while after adding Y2O3 and CeO2, the density and flexural strength of Si3N4/SiC ceramics were significantly decreased due to the increase of porosity. The main phase compositions of samples were β-Si3N4 and SiC. Moreover, the liquid phases Y-Si-O-N and Ce-Si-O-N were observed after adding Y2O3 and CeO2 respectively. It also indicated that for Si3N4/SiC composite ceramics, the high aspect ratio β-Si3N4 overlapped with each other and closely bonded with glass phase could improve flexure strength effectively. Besides, the SiC crystal grains mainly existed in grain boundary, which could inhibit the secondary recrystallization to avoid that the decrease of flexural strength caused by the overgrowth of β-Si3N4 grains. 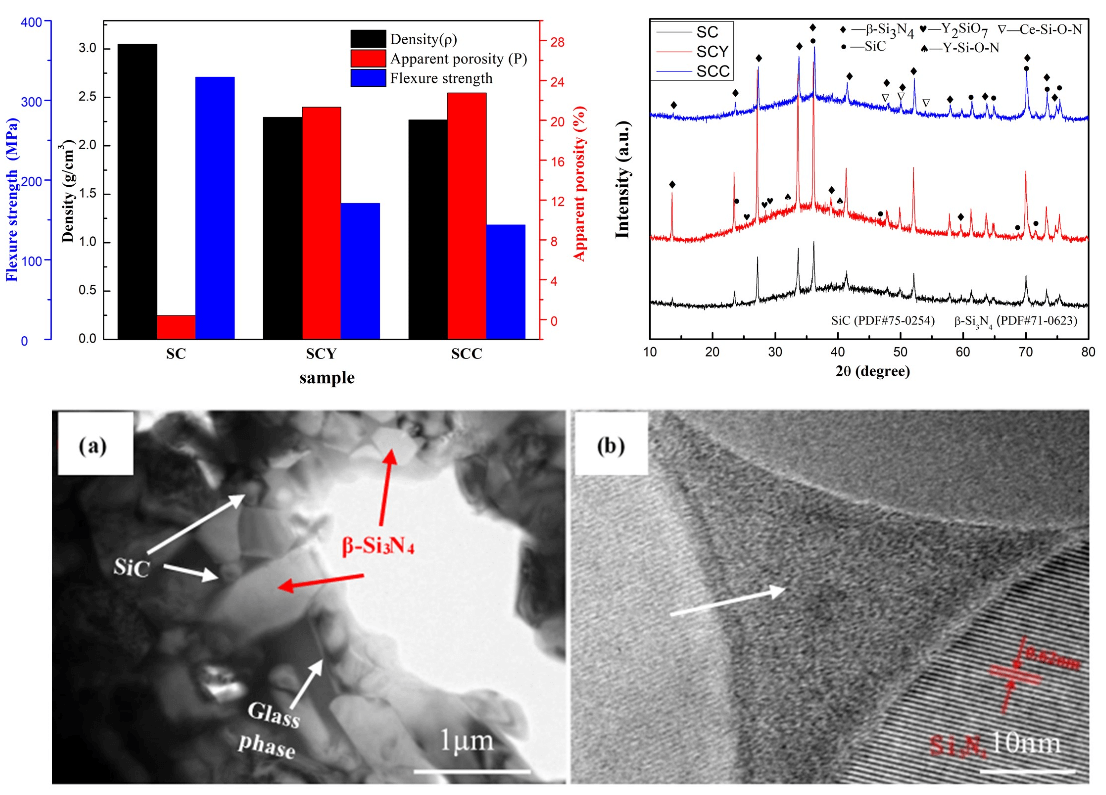