The purpose of this research is to develop advance conducting material blended with metal oxides that held both conducting and antimicrobial properties and due to this, applicable in many biomedical fields. The synthesis of nanoparticles of Copper oxide (CuO) is performed by the chemical co-precipitation method and the synthesis of pure Polyaniline (PANi) and PANi - CuO nanocomposites were performed by using in-situ chemical oxidative synthesis. The structural analysis was carried out by X-ray diffraction (XRD) studies, Fourier Transform Infrared spectroscopy (FTIR), and UV Visible absorption spectrometry. The peaks obtained in spectra validate the fabrication of desired materials. The average particle size of synthesized materials was calculated using the Debye Scherrer formula, which was found in the nanoscale range. The SEM images explored the morphology of CuO and PANi- CuO composite. The DC conductivity measurement of samples was performed by the four-probe method for various temperatures. The values showed an increase of electrical conductivity in the composite as compared to PANI and supported the metallic nature of the composite. The antibacterial activity of composites was performed by disk diffusion method using Bacillus subtilis (Gram +ve bacteria) and Escherichia coli (Gram –ve bacteria) and the results are encouraging. 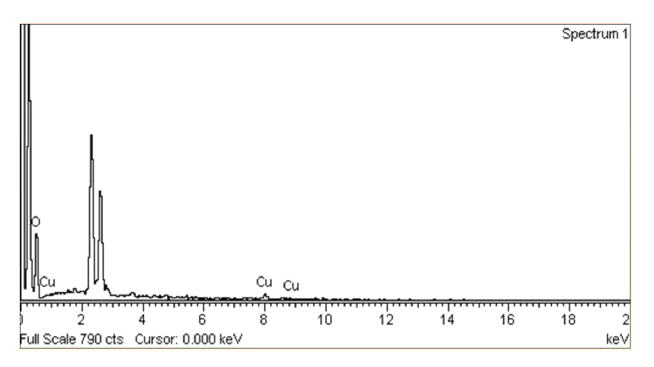 We also conclude that the increase in conductivity of the material results positive effect in killin....

We also conclude that the increase in conductivity of the material results positive effect in killing the microbes such as S. Bacillus and E. Coli.