Pyrans constitute an important class of 6-member heterocycles with one oxygen atom. Together with its benzo derivatives, pyrans can formulate a prevalent verity of natural and synthetic products with industrial applications. This is an important core molecule having versatile use with its derivatives in pharmaceuticals, dye industry, catalysis, agrochemicals any many more. Several methods for the preparation of pyran derivatives have been reported earlier. This article reports the development of an efficient method for the construction of a fused pyran ring by intramolecular Heck reaction followed by β-H elimination from O-allylated ether. A tetracyclic pyran ring has also been synthesized by intramolecular Heck reaction followed by C–H bond activation from O-methallylated ether. 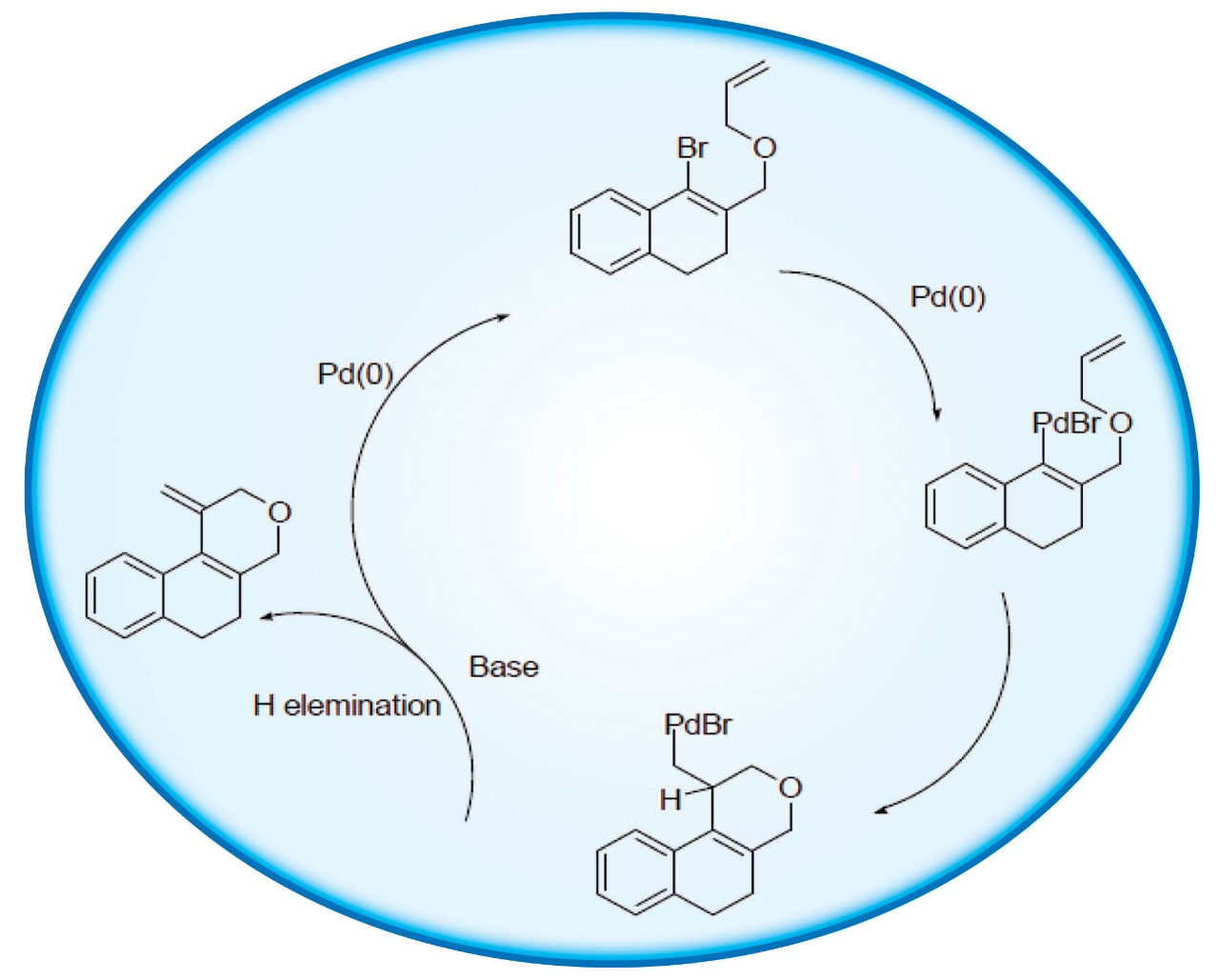