Spray pyrolysis (SP) method is simple and cost-effective method and is capable of depositing numerous metal oxide and composite thin films with precisely control over the chemical composition and morphology. The physico-chemical properties of the film can be controlled by adjusting the deposition parameters such as substrate temperature, concentration of precursor solution and spray rate, etc. In this paper an intensive review on spray pyrolytic deposition of CuInS2 (CIS) thin films and its use as a light absorbing layer in solar cell have been presented. Due to fascinating optoelectronic properties, the CIS thin films are mostly suited for their application in solar cells. The CIS is one of the promising alternatives material to the first-generation solar cells. The advantages like non-toxic elements, suitable energy band gap, high absorption coefficient make it one of the promising candidates in the photovoltaic market. Here, we review studies conducted on the deposition, structural, optical and electrical properties of spray deposited CIS thin films. The performance of spray deposited CIS absorber layer in solar cell is also discussed. In addition, some strategies towards the enhancement of quality of CIS thin-film deliberated in detail. 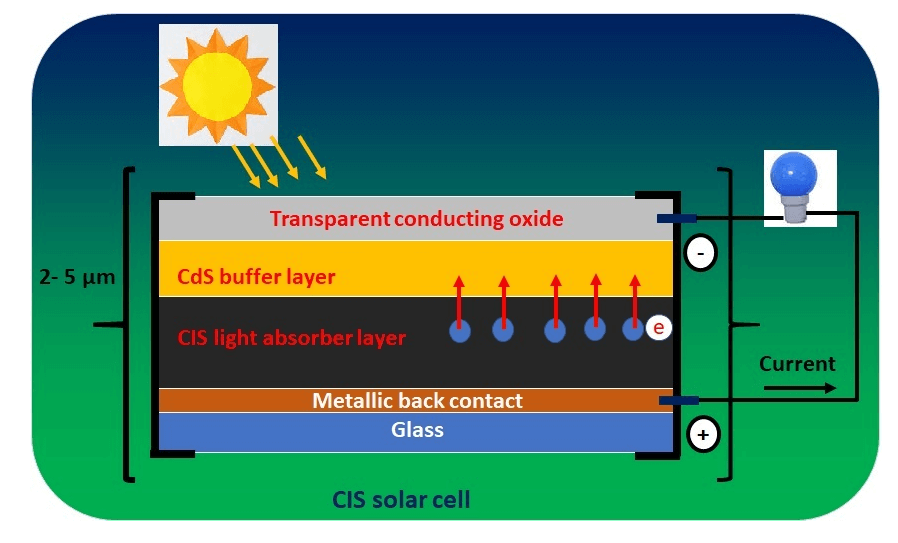 The review focuses on the deposition of CuInS2 thin films by using spray pyrolysis method and physic....