Thin-film and nanocrystal copper indium disulfide (such as CuInS2, CIS) gained significant attention in academics and industry due to their fascinating optoelectronic properties. Numerous studies have reported the deposition of CIS thin-films and the synthesis of nanocrystals using various techniques. Chemical bath deposition (CBD) method and the environmental friendly hydrothermal method offer the best option for the deposition of CuInS2 thin films and synthesis of CuInS2 nanocrystals respectively, in a cost-effective way. The fabrication of CIS-based thin-film solar cells using low-cost and simple way can be one of the promising alternatives to silicon solar cells. This review article described the physical and chemical properties of CIS thin-films deposited by the CBD method and hydrothermal synthesized CIS nanocrystals. 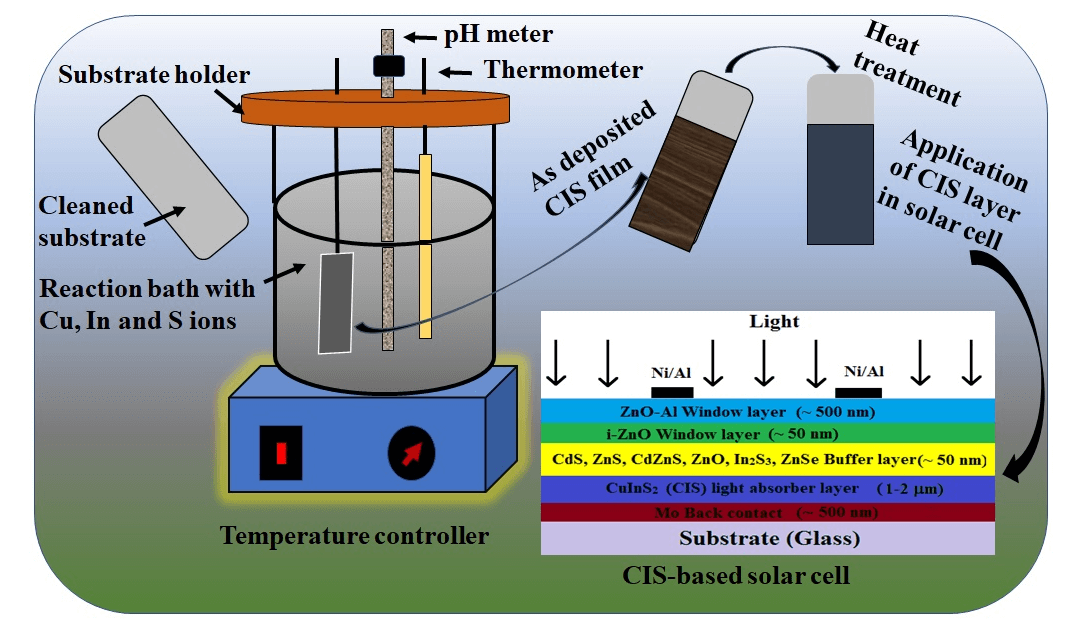 The review focuses on the physics properties of CuInS2 thin films prepared by chemical bath depositi....