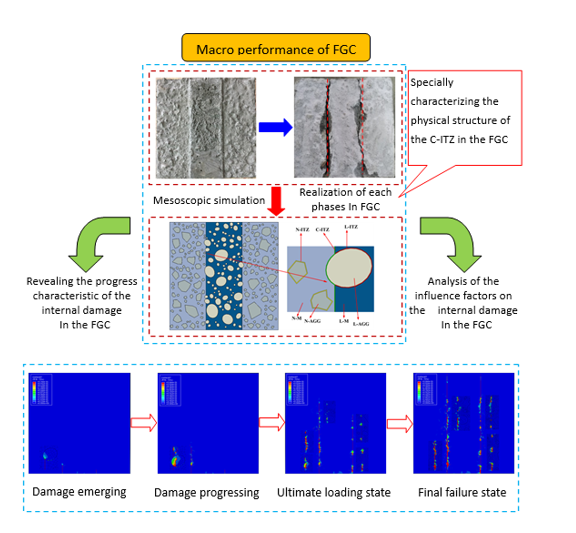 The constructional detail of the casting interfacial transition zone (C-ITZ) are emphasized in the m....

The constructional detail of the casting interfacial transition zone (C-ITZ) are emphasized in the modelling of the functional gradient concrete (FGC); and the performance of the FGC model and the internal damage emerging, developing and final failure are simulated compared with corresponding experiment.