The irreversible losses resulting from thermal radiation and the space charges effect have been accepted as the primary mechanisms for vacuum-gap thermal electric converter, which raises the question of how to best combine the two mechanisms to maximize the conversion efficiency. Here, we theoretically analyze the performance of a solar concentrating thermionic energy converter (STEC) with microscale interelectrode space. In the proposed STEC system, both near-field thermal radiation and the space charge effect are considered. By building an energy balance equation, the cathode temperature is determined and numerically solved for given solar irradiance. The influences of the optical concentration, voltage and interelectrode space on the heat flux and conversion efficiency are revealed. It is found that the near-field thermal radiation can be approximated by Stefan-Boltzmann formula with effective emissivity 0.04 for d > 1μm. By interplaying between the two kinds of irreversible losses, the maximum conversion efficiency and the corresponding interelectrode space of STEC are pointed. Our investigation provides an effective mean to optimal design the interelectrode space of the STEC. 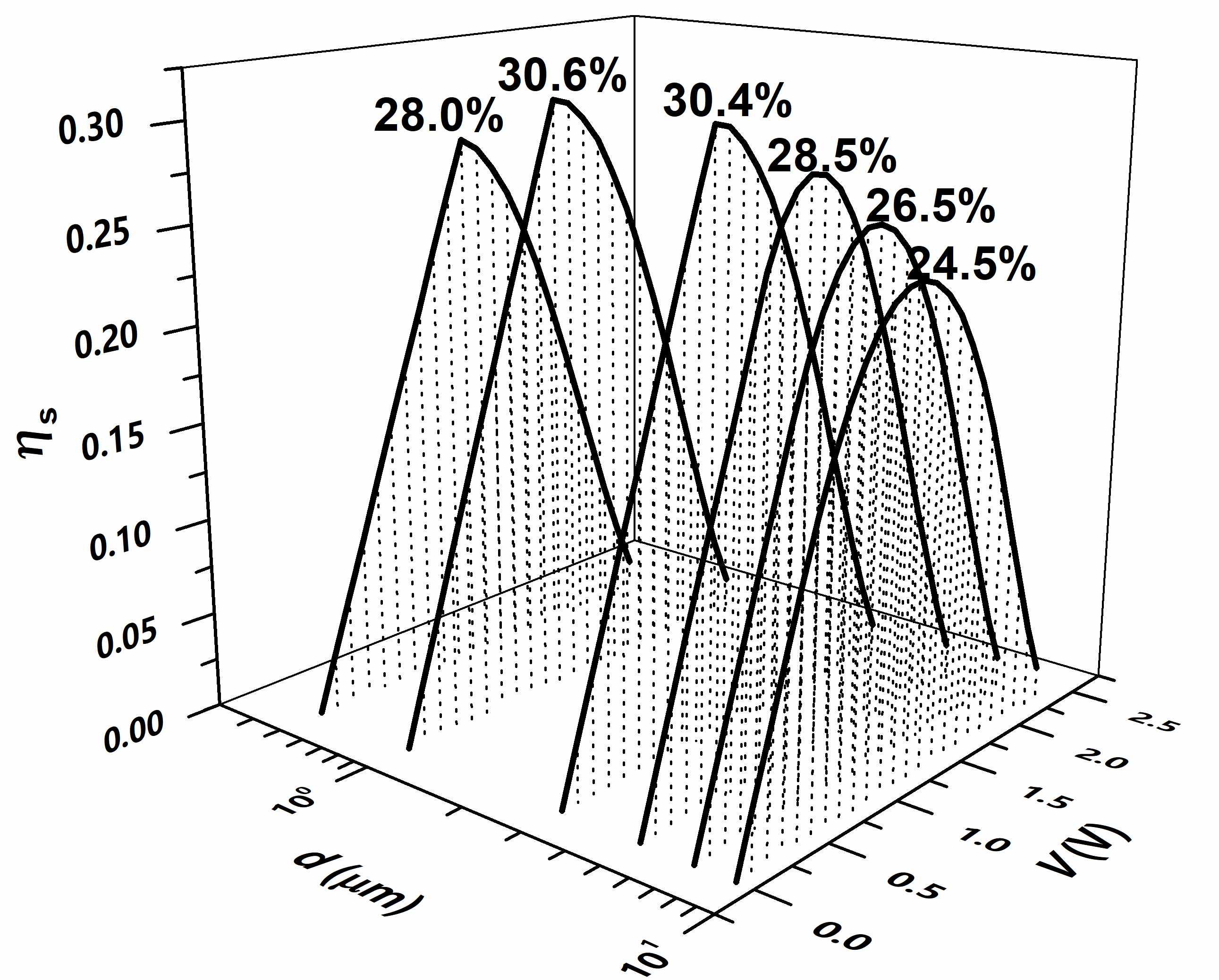 In STEC, by considering the irreversible losses resulting from the space charges and thermal radiati....

In STEC, by considering the irreversible losses resulting from the space charges and thermal radiation, the device is optimally designed.