Thermochromic vanadium dioxide (VO2) thin films have been deposited on quartz substrates via a two-step furnace oxidation method. First pure metallic vanadium thin films are deposited on quartz substrates using electron beam evaporation. Then the vanadium films are oxidized in an atmospheric tube furnace to produce stoichiometric VO2. X-ray diffraction measurements confirm the composition of the prepared films. Temperature-dependent spectral transmittance measurements within the optical range reveal a 57% change upon transition at a wavelength of λ = 2.5 µm, indicating good potential for energy applications. The heating and cooling behaviors of the VO2 thin films on quartz are also investigated, and the VO2 transitions from an insulator to a metal at 345 K upon heating. There is approximately 20 K of hysteresis between the heating and cooling curves. The dielectric constants of the furnace oxidized VO2 for both the insulating and metallic phases are fitted to a dispersion model for the visible and near-infrared regime. Excellent thermal stability of the fabricated VO2 thin film from cryogenic to high temperatures is shown with in-situ optical measurements. 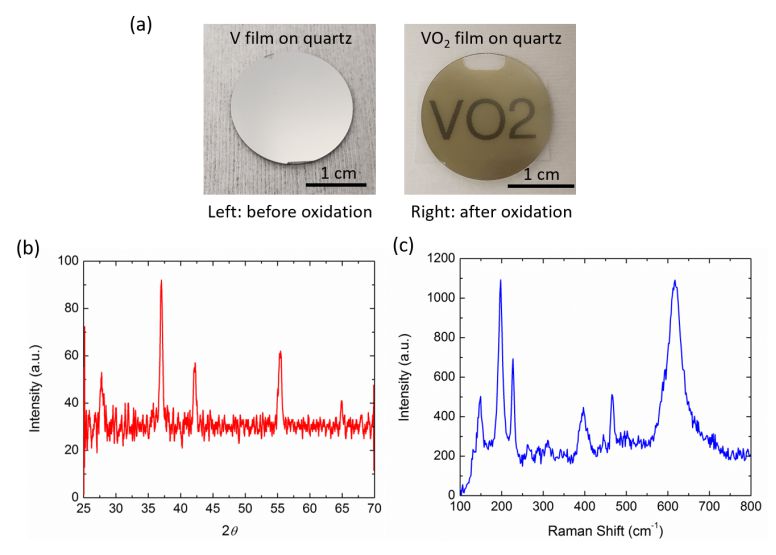